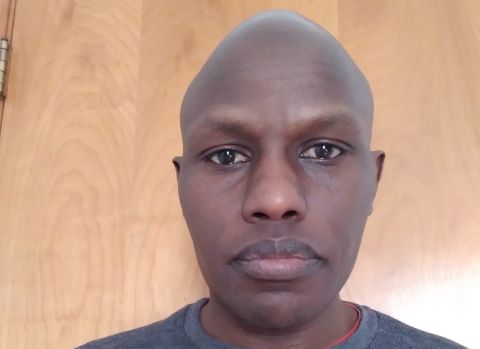 Mathew always knew he wanted to go into the nursing field, but it was something he kept putting off as his career took him in a different direction. But thanks to reskilling resources he learned about through CareerForce, Mathew is back on a health care career track and excited about what his career future will bring.

Mathew got his first experience in health care when he provided care for people with mental and physical disabilities at Community Living Opportunities in Overland, Kansas. He found working with his clients to be very rewarding because he liked the feeling of helping people.

After working with people with disabilities for three years, Mathew served six years in the military. He came back to the U.S. with a job opportunity with the City of Winona, but after almost a year into that position, he was laid off.

When he went to file for Unemployment Insurance, he learned of the many different programs and services provided to job seekers at his local CareerForce location in Winona.

He found his CareerForce experience to be very helpful. He was able to take advantage of their many services such as resume writing, job search tips, mock interviews and how to network. He also learned about options for those considering changing careers with help from his counselor Autumn Herber.

“When you get laid off you wonder ‘what do I do now?’, but when I worked with the people at Dislocated Worker Program, it was a game changer for me,” Mathew said.

While Mathew was enrolled in school, his supervisor was supportive of him getting his LPN. He was able to have a flexible schedule so that he could study and take his classes. After graduating in December 2020, Mathew now works as an LPN for Options Plus Home Care in Winona.

Some of the skills that Mathew used from his previous work experiences he found were easily appliable to his nursing profession, such as being flexible, working on a team and compassion for helping others.

Once he gets some experience as an LPN under his belt, he hopes to become a Registered Nurse and get his Bachelor of Science in Nursing. He also would like the opportunity to work with veterans.

Mathew always wanted to become a nurse and thanks to help from the Dislocated Worker Program, he was able to make that goal a reality.

Find contact information for staff at a CareerForce location near you and reach out to get help achieving your career goals.