Veteran finds hope and his dream job, thanks to CareerForce Veterans Employment Services

Veteran finds hope and his dream job, thanks to CareerForce Veterans Employment Services 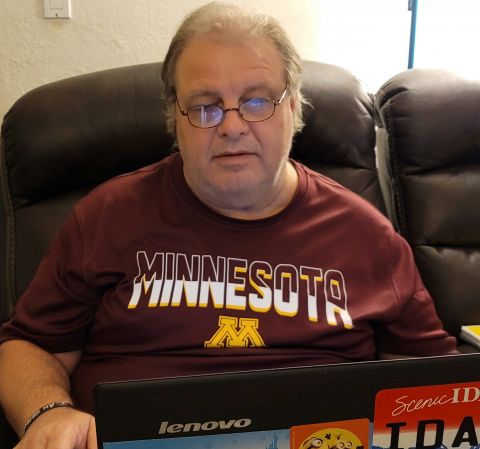 Frank, an Air Force Veteran, found himself laid off from his most recent civilian job due to COVID-19, only months after being laid off from the IT job he had for more than 10 years.

After taking a couple of months off to re-focus, Frank found job hunting to be a difficult process.

“I was losing all hope,” Frank recalled. “I didn’t think I was ever going to find a job.”

Frank reached out to his DEED Veteran Employment Representatives David Wold and Stephen Kolcinski. “I talked to you guys and you guys helped me turn my attitude around. I went from hopeless to hopeful. It was awesome,” Frank said of this transition.

“You guys put me on a path to the right way to find a job: networking, networking, networking,” Frank said.  He started attending the Minneapolis Virtual Veterans Job Club facilitated by DEED Veterans Representative Robert Willis. He also regularly attended other networking sessions and also got help from representatives of the Eagle Group of Minnesota Veterans and the Minnesota Assistance Council for Veterans. Frank went from 150 connections on LinkedIn to more than 400 in a matter of just a few months.

Frank soon found himself doing dozens of informational interviews, a couple of which turned into actual job interviews and one which culminated in the job offer Frank was looking for. Frank recently started what he described as his “dream job” as a Remote Customer Support Analyst with a local business products company.