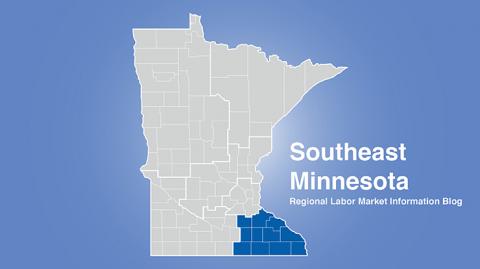 You don’t need to go to college to earn a good living, and that’s good news for those who aren’t interested in college or are concerned about the cost.

The cost of post-secondary education in the U.S. is rising across the board according to data from the National Center for Education Statistics, although the amount of cost increase varies depending on the type of post-secondary institution.  The price tag for tuition climbed by 67% for private 2-year colleges and 125 % for public 4-year universities between the 2000-01 and 2016-2017 school years. Public 2-year college remains the lowest cost option, although it increased by 109% in that same time frame. (see Figure 1). 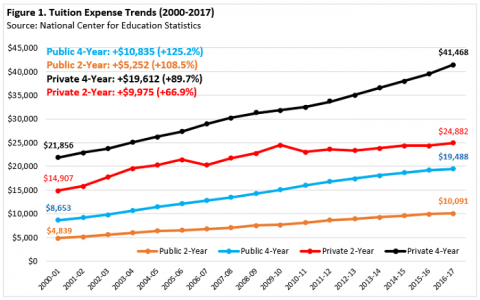 Average annual expenses for a resident undergraduate attending full-time at a Minnesota college in 2019-2020 ranged from a low of $20,000 at a public 2-year state college to nearly $50,000 at a private non-profit 4-year university, according to the Minnesota Office of Higher Education. A full list of tuition and fees for every post-secondary institution in Minnesota is available here: http://www.ohe.state.mn.us/sPages/TuitionChart.cfm?State=MN&pageID=101

While the price of college may be a reason that some individuals don’t pursue post-secondary education, others just aren’t interested.  For whatever reason one decides to not attend college, it is good to know that there are jobs that only require a high school diploma that also pay well.

According to DEED’s Occupations in Demand data, there are several jobs in Southeast Minnesota that can be started with a high school diploma, show moderate to high demand, and also pay over $50,000 annually.  Overall, there are nine occupations in the top 100 in demand jobs that pay over $50,000, with an additional six within the top 200 (see Table 1) that don’t require formal education beyond a high school diploma.

While these occupations do not require post-secondary education, many of them require on-the-job training ranging from short-term to long-term or an apprenticeship. In all, only six of these well-paying occupations require no on-the-job training while two require short-term, eight require moderate-term, four require long-term, and three require apprenticeships. Career seekers who are interested in earning money right out of high school instead of spending money on post-secondary education may be interested in checking out these occupations in demand.