'We were able to buy a house!' How CareerForce changed Jeff and Sheila's lives 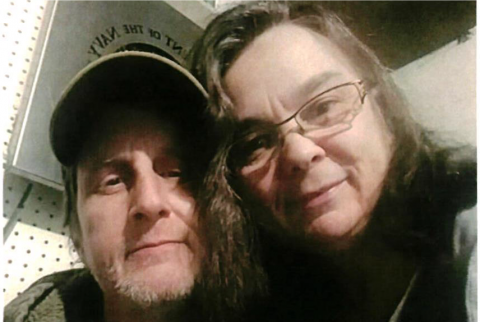 In 2019, Jeff and Sheila were living in a camper with no running water, electric or sewer. They were unemployed and living on $600 a month.

Then, Jeff and Sheila made a call to CareerForce in Virginia, Minnesota to find out if there were any options or help for them.

“We were welcomed with so much information and help that changed our lives,” said Sheila. “We were set up to meet with a counselor the same day of the call.”

Jeff and Sheila met with Kris O'Toole, a counselor with CareerForce partner Arrowhead Economic Opportunity Agency (AEOA). Kris enrolled them both in the Dislocated Worker program to help them identify career opportunities, get connected with training and more.

“We got Jeff into the CDL (Commercial Driver’s License) program in Hibbing and he passed the class and the CDL test,” said Kris who said she had just heard from a local company looking for a CDL truck drivers when Jeff got his license. “I called Jeff and he went up there that day and he was hired!”

“He is now working a great job that pays good, he has benefits,” said Sheila, who continues to attend Job Club and work on her own job search. “And we were able to buy a house!”