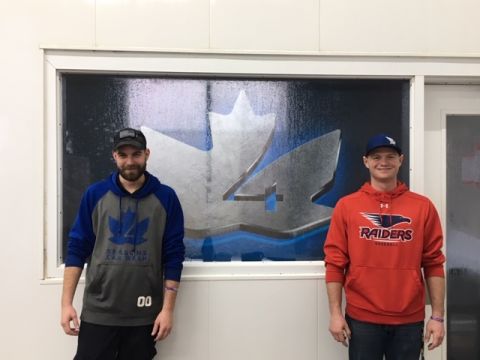 In many parts of Greater Minnesota, a large number young adults leave their hometowns after graduating high school, either for post-secondary education, more work opportunities or military service. Young military veterans who return to their hometowns become valuable members of their local workforce. For example, after serving four years in the Army, Mike returned to civilian life in Brainerd, his home town.  Zack, a classmate of Mike’s at Brainerd High School, chose to stay in Brainerd while serving as a member of the Minnesota National Guard.

In 2019, Mike and Zach both were both hired by Four Seasons Carwash in Baxter, largely because of the military experience that taught them discipline, teamwork and an array of technical skills.  As Four Seasons Carwash Operations Manager Derek Parks puts it, “Zach applied for the assistant manager position, and we were surprised by the amount of experience he had at such a young age. Mike applied for a part-time position at first, but his technical skills stood out early and we promoted him to full time in a matter of weeks.”

Like many employers struggling to find workers, Four Seasons found that hiring veterans was a smart decision.  Hiring veterans may qualify businesses for the Work Opportunity Tax Credit and other financial incentives. But most important: veterans embody the ‘soft-skills’ that are often difficult for employers to find in young employees, and can be even harder to teach.

With three car washes in Northwest Minnesota, Four Seasons now has veterans working at multiple locations.  At the Baxter location in particular, their veteran employees provided much needed stability during the first full summer of operations, and are now the bedrock of their workforce.  In a business that typically employs young adults and struggles with a high degree of turnover, the veterans’ presence has had a stabilizing effect.  “You can tell they take a lot of pride in their work, and it rubs off on others,” continues Parks “Our young workers picks up on that energy, and it leads to a positive work environment that embraces accountability and keeps our business running smooth.”

Veterans with service during the Vietnam era make up about 40 percent of all veterans in Northwest Minnesota, similar to statewide numbers.  In addition, there were roughly 9,500 veterans in Northwest Minnesota with service time during the Gulf War eras, a time frame that extends back to 1990 and goes to present day.  This cohort exceeds the number of veterans from the Korean War and World War II in the region.  While veterans from the Vietnam era are retiring out of the workforce, it is those younger veterans that are lending their expertise and leadership to the regional economy (Table 1).

In addition to employing four veterans in their organization, Four Seasons Carwash gave out over fifty free car washes to area veterans in honor of Veterans Day.